S-400 is  most advanced  air defence system  through the world,the missile used to protect its air defence bubbles against  missiles, rockets, cruise missiles and aircraft.

S-400 Triumf is a mobile surface to air missile (SAM) system its upgraded version of S-300 missile by Almaz Central  Design Bureau marine engineering during 1990,since 2007 its been used by Russian armed forces also many other international  operators.

This missile is 1st purchased by china followed  by that other countries also expressed interest towads S-400 missle  Like Saudi Arabia, Turkey, Belarus and india.

The  s-400 system is organized about 30 K6E a administration system.

S-400Russia started the delivery for deployment on schedule in 2021.

This deal between india and russia dispute among a threat of sanctions from the United States on countries engaging in defence deals with Russia.

The 5 units of S-400 system bought by india on 2018 ‘in that india paid initially $800 million on 2019 this missile having the ability to strike  moving targets such as fighter aircraft with great accuracy.

Its also having the capability to exchange  the data between  ther defence system like SA-12,SA -23 ,and s-300.

Read our daily current affairs in TAMIL & ENGLISH for your preparation to become successful in the upcoming Government Examinations. 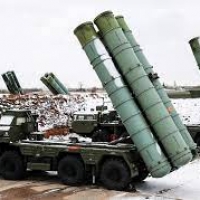