Queen Elizabeth II – passed away – Charles to become the King:

Queen Elizabeth II – passed away – Charles to become the King:

Queen Elizabeth had passed away at Balmoral at the age of 96. King Charles would be formally proclaimed as “King” on Saturday morning.

Queen Elizabeth II was under medical supervision and had passed away.

At 18:30, the union flag atop the palace had been lowered to half-staff.

King Charles would be formally proclaimed as “King” on Saturday morning.

On Thursday, after the death of Queen Elizabeth, Condolences were poured from around the world. She had been on the throne since 1952 at the age of 32 when UK was still rebuilding from World war II destruction.

15 Prime ministers had served during her time in office.

She had visited every Commonwealth nation atleast once, which had demonstrated her unwavering dedication to the organisation.

She died on Thursday at Balmoral castle in Scotland after reigning for 70 of years and her death had brought an end to the longest reigns by any state head.

Before announcing the news of her demise, it was said that doctore were concerned for Her Majesty’s health and she would be recommended to remine under medical supervision.

Across UK, Inorder to pay tribute to her death, Church bells were rung.

Prime Minister Narendra Modi had tweeted in his twitter page saying Queen Elizabeth was a Stalwart of the times and personified dignity and decency in public life.

Bucingham Palace had reported that from Saturday Charles would be formally proclaimed as ‘The King’.

For further details, read our course pages to understand well about the exam.

Get selected in Top Banks in India. 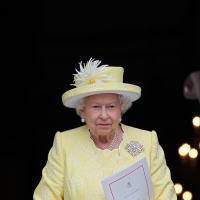