The Union Cabinet of ministers which was preside over by our Prime Minister Narendra Modi has declared the signing of hosting the FIFA (Federation Internationale de Football Association) Women’s World Cup 2022 which will began on Tuesday, 11 October and ends on Sunday, 30 October.  This will be the 7th edition of FIFA Women’s World Cup of the biennial young women international football tournament.  This will be the first time that India is hosting the FIFA Women’s World Cup, however India was announced to host the World Cup at 2020 which was cancelled due to COVID – 19 pandemic.  Instead, India is hosting at  2022.  There will be 16 teams including India form 6 confederations. Noted that India has hosted the FIFA (U-17) Men’s World Cup at 2017.  Sunando Dhar, the acting General Secretary of the All India Football Federation (AIFF) says that they are very thankful to the Government for their support and encouragement.  The AIFF announced that the matches will held at 3 venues specifically; (1) Bhubaneshwar; (2) Navi Mumbai and (3) Goa.

The defending champions were United States who won the cup defeating Netherlands at 2019, the consecutive victory that they won the cup at 2015 defeating Japan.  The World Cup that will be held in India will be an inspiration to many young girls to play football and to play for their country, which will increase their sportsmanship and leadership. The prestigious event that will host by India will leave a lasting legacy to look forward and will be a forerunner to host many more international events like this. 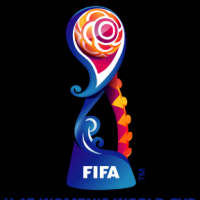