On August 21, Former Deputy Prime Minister Ismail Sabri Yaakob has been appointed as the new Prime Minister by Malaysia’s King Al-Sultan Abdullah. He is Malaysia’3rd Prime Minister in 3years and he is from the United Malays National Organisation (UMNO), the main party in Malaysia.  The former PM Muhyiddin government has been criticized for the approach of handling Malaysia’s worsening COVID-19 pandemic.  Muhyiddin Yassin was resigned when he lost the majority with in the lower house of the Parliament because of  fighting in his coalition. 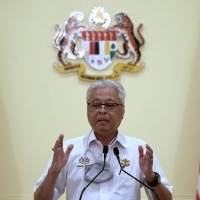