Union Minister Dr. Jitendra Singh inaugurated the Mansar Lake Development Plan in Jammu. During the inaugural function, the minister said that it was a special day for the people of Mansar Region because the Mansar Lake Development Plan is being executed after 70 years of struggle. Dr. Jitendra Singh laid the e-Foundation stone for the plan.  It is believed that through this plan, the number of tourists and pilgrims will doubly increase in Mansar region per year.  This initiative is very important because 7 percent of GDP of Jammu and Kashmir is contributed by tourism.  Devika Project and Mansar project are the two projects that are being launched by the minister which costed Rs. 200 crores.  Both these projects have many similarities in them.

Union Minister spoke about the works that are in progress such as  Katra-Delhi expressway corridor and the extensions of four lanes into six lanes. He added on by saying the world's highest railway bridge is going to be built in Reasi  and also spoke about the other new highway projects that are going to be launched soon.

The webinar and the e-inauguration function was attended by the delegates such as  Shri Baseer Ahmad Khan, Shri Sarmad Hafeez, Shri Sanjeev Verma, Shri R.K.Katoch, Dr. Gurvinder Jit Singh, and many other senior officers. 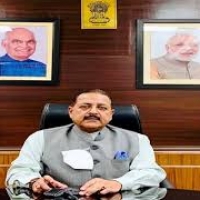