Conclusion of NRITYANJALI – an ode to Indian Classical Dance

Conclusion of  NRITYANJALI – an ode to Indian Classical Dance

Nrityanjali is an online festival of documentary films, which received stupendous response among the public on the life and work of dominant Indian classical dance exponents. The film division of the same group is presenting the ending part of the festival, which will be studded with documentaries on the different styles, depth and nuances of the ancient and popular classical dances. It will be screened on FD website and YouTube channel from 28 to 30 October, 2020.

The second part of Nrityanjali will begin with the screening of Aum Namah Shivay (27 Mins / 1981/ Loksen Lalvani) which is a  film  about Parvati, the Goddess of dance, daughter of the Himalayas and the consort of Shiva-Nataraja who is believed to have brought dance to the world. There are numerous manifestations of dance styles in India from Kashmir (north) to Kanya kumari (south). The other dance performances and documentaries which will be screened on www.filmsdivision.org/Documentary of the Week and https://www.youtube.com/user/FilmsDivision for three days are as follows; 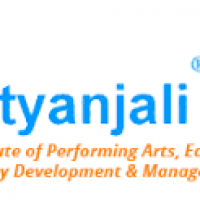