During the session Smt. Sitharaman stated that "collective action is the key for an effective response to the pandemic, which started before our last meeting in April continues to impact the developing and developed countries till date and the hard-fought gains in reducing the level of poverty, achieved over a number of years, are at great risk of being lost."  She also commented about the several measures that have been taken to contain the spread of pandemic by the Government of India.

The Government has announced its first fund of $23 billion to help the poor financially and to ensure food supplies for them.

The honourable minister has also stated that the Government has committed $2.03 Billion for strengthening Health infrastructure during COVID-19 pandemic.  She added on by saying, India is ready to share its experience as part of its “Neighbourhood First” policy among South Asian countries. 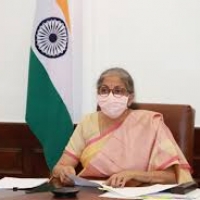