Sh. Mrinal Kanti Das is a retired IPS officer of the year 1977. Election Commission of India has assigned M K Das as Special Police Observer for the upcoming Bye-Elections to the Legislative Assembly of Madhya Pradesh. M K Das is appointed to detect the conduct of the bye-elections for security purposes.

M K Das is known for his exemplary track record. He has previously worked as a Special Police Observer for General Election of NCT in 2020 and retired as the Director-General of Manipur. He was also designated for a similar post during the Lok Sabha Elections for Tripura, Mizoram and for Jharkhand Assembly in 2019.

A statement on behalf of the ECI reported that "As Special Police Observer, MK Das is assigned to observe the conduct of bye-elections and poll preparedness, especially with regard to security-related issues." 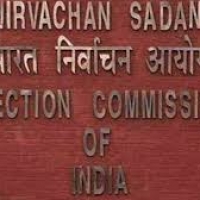