The President of India, Ram Nath Kovind appointed Rajiv Kumar as the new Election Commissioner on August 21, 2020. Ashok Lavasa who is resigned from the post earlier this week was replaced by Rajiv Kumar.

The new Election Commissioner Rajiv Kumar is a retired Administrative service officer from Jharkhand( 1984 batch). He served as a Finance Secretary in the year 2019 and ended his service in February 2020. He has 3 decades of experience in Public policy and administration across various sectors. Kumar also worked as Chairperson of Public Enterprises Selection Board(PESB) in April 2020, after the retirement from Finance Ministry.

Sunil Arora, the Chief Election Commissioner and another commissioner Sushil Chandra will be the team members of Rajiv Kumar. 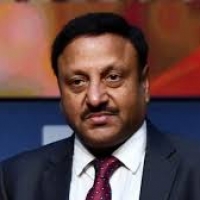