Daily Current Affairs
Injeti Srinivas appointed as chairman of International Financial Services Authority (IFSCA)
key highlights :
A retired IAS officer Injeti Srinivas has been appointed as the Chairman of the International Financial Services Authority (IFSCA) , this announcement was given by the department of personnel and training (DOPT) for the Gandhinagar based financial special economic zone or Gujarat international finance tech (GIFT) city.
He will be the newly appointed corporate secretary chairman for the next three years or until further order by the government, whichever is earlier.
Srinivas was retired from the service of corporate ministry on May 31.
Parliament enacted a bill to set up a unified authority for regulating all financial duties at IFSC in the country. IFSC was set up on April 27 this year in Gandhinagar. 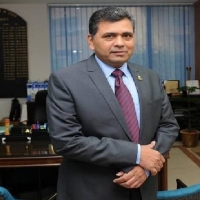