Minister of sports Kiren Rijiju given announcement to launch Target Olympic Podium Scheme (TOPS) with an aim to produce Olympic champions by 2024 and 2028.

This scheme starts to care for talented junior too and their age lying between 10 to 12 years.

TOPS Scheme being organized in association with the sports authority of India and the Ministry of human resource development. 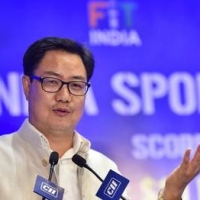