International Day of the Celebration of the Solstice:

Scope of this Meet:

People arrived at the spot to see sunrise directly behind the largest stone at the World Heritage site in southwest England.

This event was happen and also live-streamed by English Heritage, running the site.

To witness the Summer Solstice, people saw the sun glint over the horizon at around 4.49 am local time.

Tourists were allowed to meet at the ancient stone circle, for the first time in three years, to celebrate the summer solstice.

On the summer solstice day, Earth’s tilt position is maximum from the Sun. 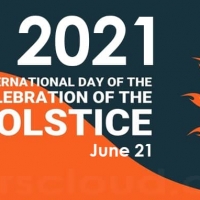